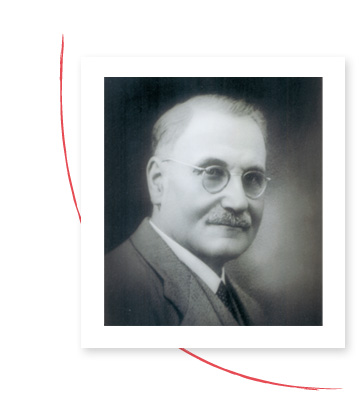 It was when he was struggling to feed his family of seven siblings that Joseph, Jean’s oldest brother, chose to diversify the family’s farm business after their father died. He bought a still and started distilling surplus Burgundy wines. Alongside his brother, Jean learnt to distil wines and make eaux-de-vie.

Making the most of every resource: ecology before
its time
In 1911, when the champagne industry was struggling, Jean Goyard decided he needed to make better use of the other resources produced by the region’s vineyards. He could not understand why the champagne makers left the aignes – the solid residues of the grapes after pressing – to rot. So he set about distilling them.
From 1914 to 1918, Jean Goyard was called up to fight in the First World War. His wife Bérangère Mainguet, who came from the Champagne village of Montmort, ran the distillery in his absence. She wanted Jean to return from the War to find the distillery still operating, if not prospering. 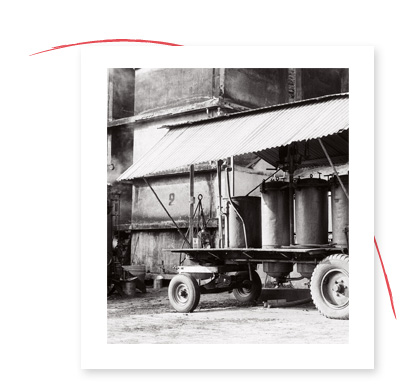 In the 1930s, Jean Goyard started travelling around Champagne with 12 stills, in addition to the distillery set up at Aÿ in 1925.

From cottage industry to industrial development
Very early on, Jean Goyard decided to diversify his commercial activity. He started making ratafia as an addition to his Distillery range, which comprised mainly eaux-de-vie made from marc and wine.

During the World War II, operations at the distillery slowed down. In 1944, the premises were bombed. As Jean's successor in charge of the business, his son-in-law Roger Keene, who had married Marie-Antoinette, one of Jean’s daughters, saw the distillery through the difficult post-war years. It was only at the beginning of the 1970s, with new regulations on wine alcohol and the development of new products, that the business prospered again. 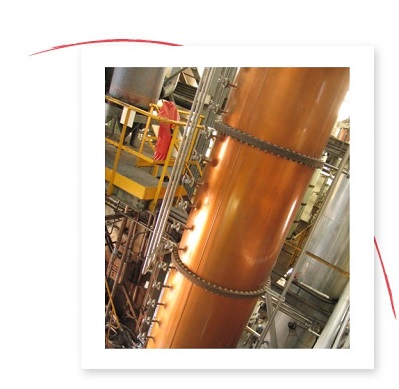 From generation to generation, the Goyard family has perpetuated the savoir-faire in distillation developed by the two brothers.

The years between 1980 and 2000 were spent developing new techniques and moving into new markets, while improving the quality of products and adapting to customers' needs. This resulted in a significant rise in production volumes. While remaining true to its original philosophy and the determination to make use of the resources of the vineyards and exploit vine by-products, the distillery has greatly diversified its activities.

Alcohol can be dangerous to your health, please consume with care     Legal notices • Credits / FR • EN